You will repeatedly play a "coin" game. In this game, you and another player must decide simultaneously either to play "heads" or "tails".

Corresponding payoffs are determined as follows: For one shot of the game, if both players choose the same side, player 2 "gives" (virtually) €5 to player 1. If they choose a different side, player 1 gives €1 or €9 to player 2 (depending on which player plays "heads"). 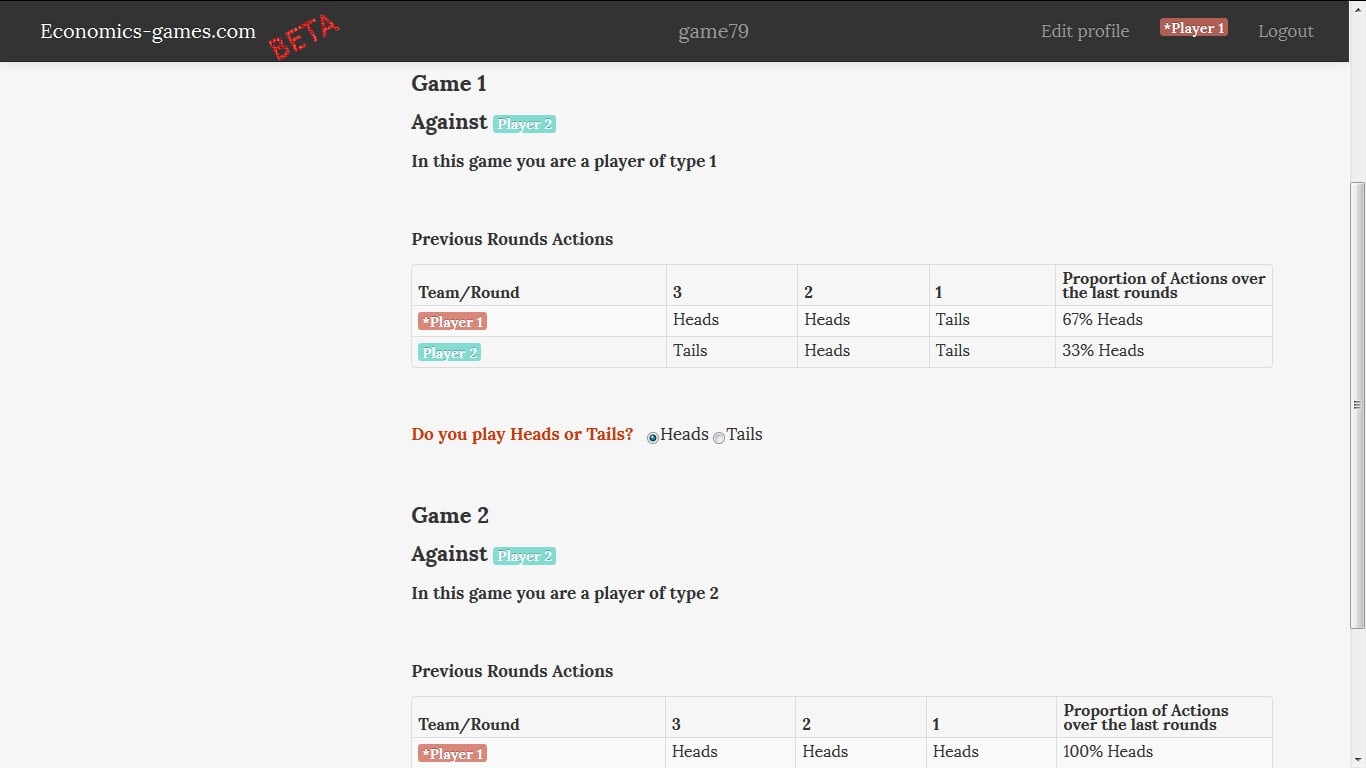 Behind its seemingly balanced appearance, this is indeed a very biased game: For the mixed strategy nash equilibrium, player 2 gives on average 0.8€ to player 1 for each shot of the game.

Moreover, as is usual for a mixed strategy nash equilibrium, player 1 earns this average 0.8€ whatever the action of player 2 (as long as it chooses heads with a probably of 7/10).

This game has proved to be very effective in capturing students' attention. 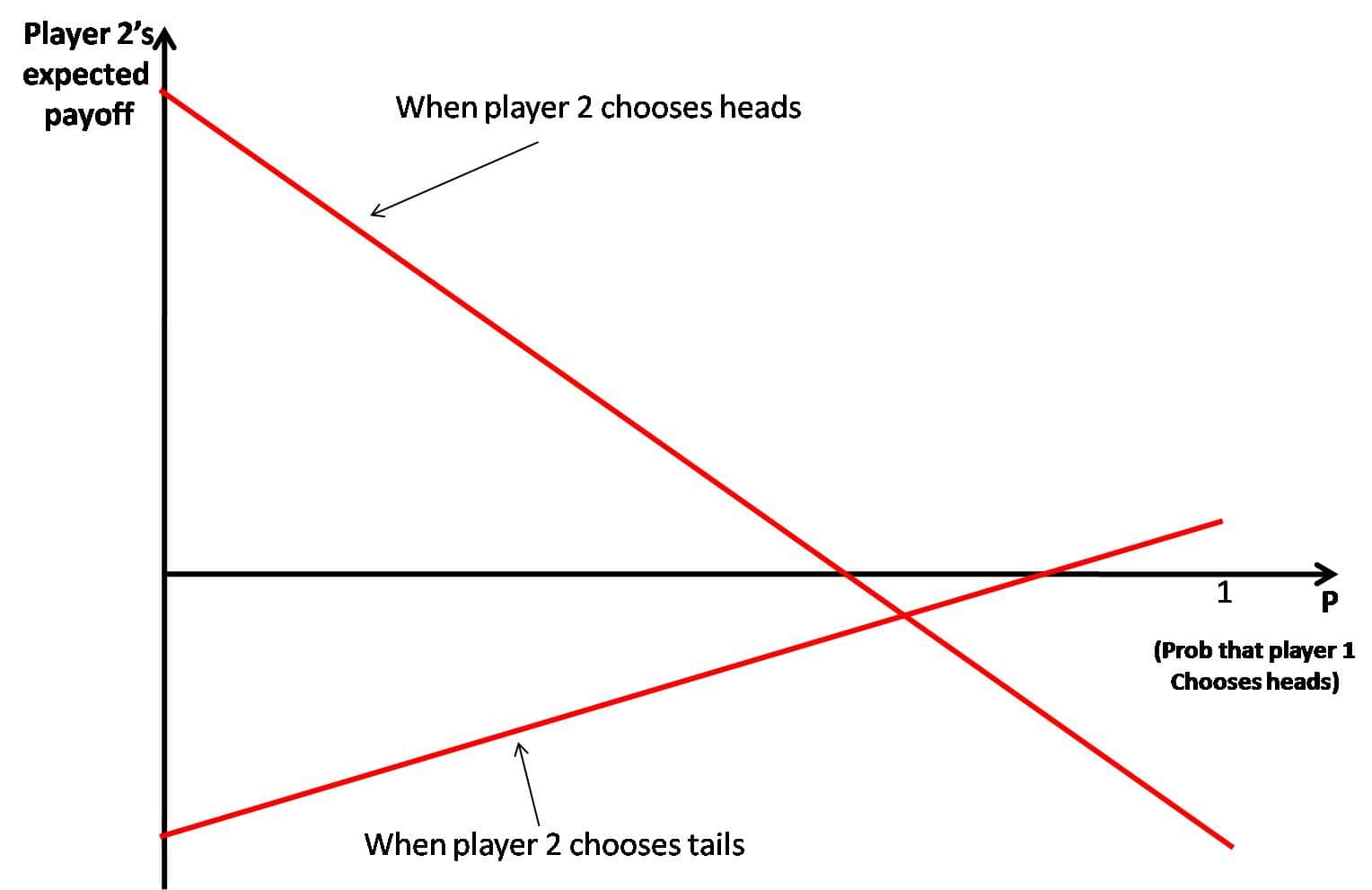 Part of solving the equilibrium. Suppose that player 1 chooses heads with probability p: