You will play a public good financing experiment repeatedly.

Choose how much you are willing to contribute to build a given public good. The final value of the public good to you will be equal to 2 times the average contribution of all the players. 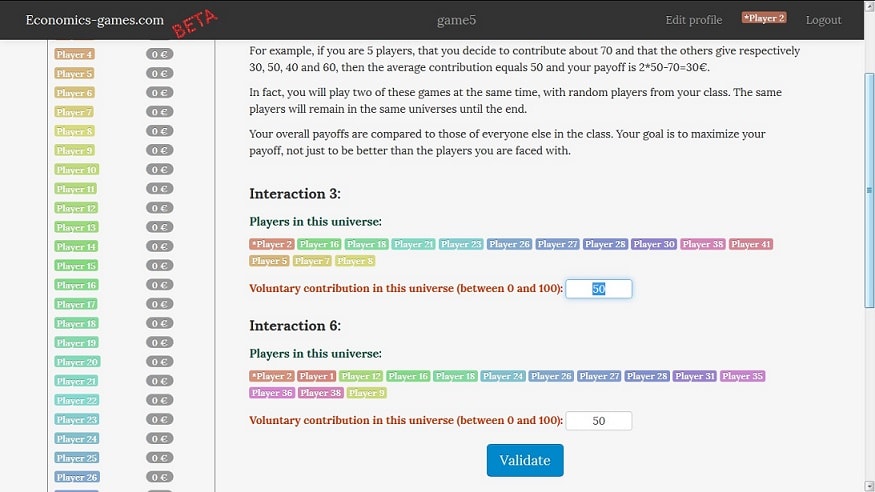 Having several universes ensures that players really have incentives to pay more attention to payoffs and less attention to their ranking inside their experiments. Indeed, a player who is the first in an extremely competitive experiment might end up with a bad overall ranking.

Note that the coreecon textbook offers a very interesting empirical project on public goods experiments that is partly based on this game.