The Tragedy of the Commons Game

Introducing externalities and the problem of common-pool resources

Players jointly own a renewable resource and must make harvesting decisions over a number of periods. This is the classic experiment created by Denise Hazlett ("A Common Property Experiment with a Renewable Resource." Economic Inquiry, 35, October 1997, pp. 858-861), also described in the great site, games economists play (game #75). 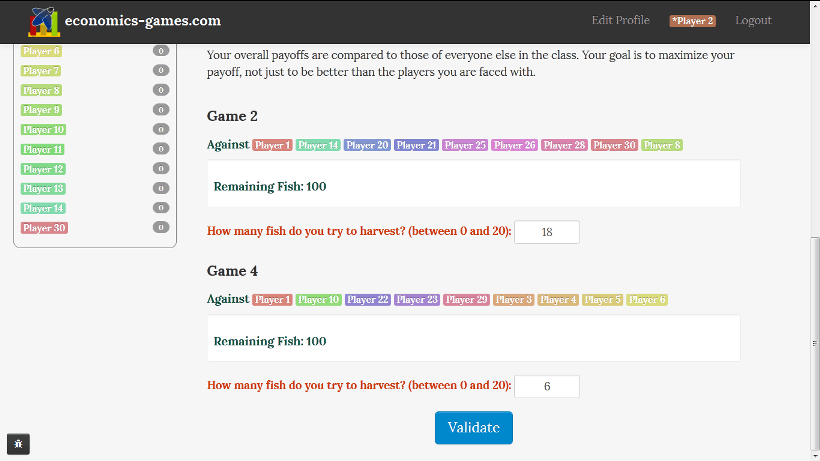 You are responsible for managing a fishery. You jointly own a common pool with many other players, and must make harvesting decisions over a number of periods. 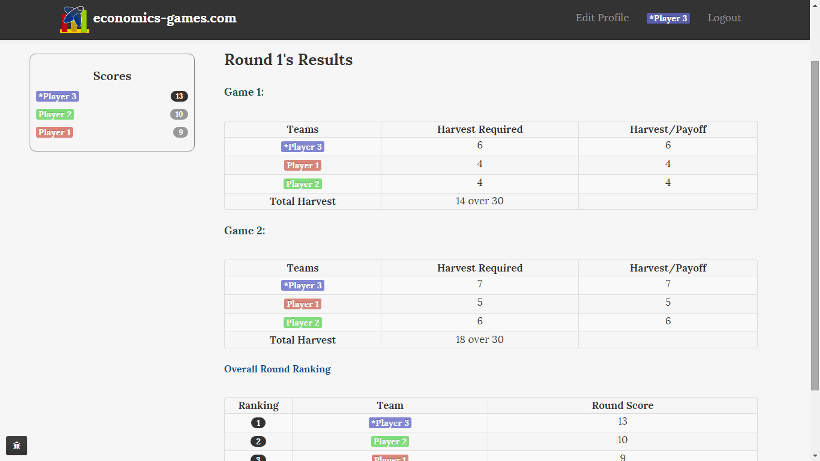 Having several universes ensures that players really have incentives to pay more attention to payoffs and less attention to their ranking inside their experiments. Indeed, a player who is the first in an extremely competitive experiment might end up with a bad overall ranking.

You can also run several experiments with different numbers of universes to stress the impact of the number of players on overfishing. If you take as many universes as there are players, each player will be the only one to harvest fish in its pools. 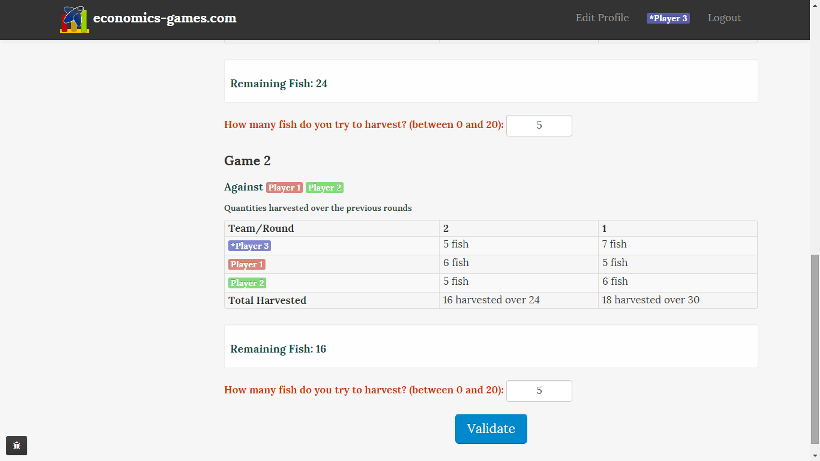